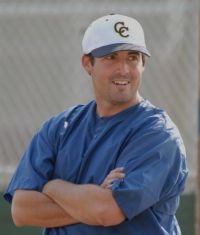 Erick is currently the Head Baseball Coach at Westmont High School. Previously, Erick was the Head Coach at De Anza College, Palo Atlto High School and an Assistant Coach at perennial powerhouse West Valley College in Saratoga. While at West Valley College, Erick was the Outfield / Hitting / 1st Base Coach and had the opportunity to work under Hall of Fame Coach Mike Perez. During his coaching tenure at WVC, Erick had a vision of taking the best young talent to compete at a national level, all while providing instruction and training these players at the highest level possible. This vision became California Club Baseball, one of the top amateur baseball programs in the country. Former Associate Scout for the Los Angeles Dodgers